It’s official: We are going… 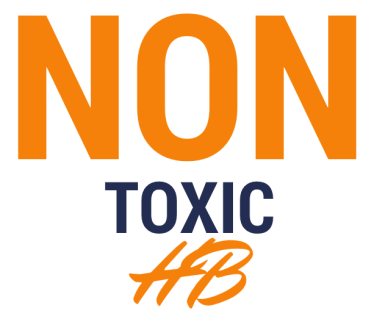 Billy O’Connell’s motion on HBT and Non-Toxic HB’s non-toxic proposal passed 7-0 Monday night. In three months, the city will review the results from Central Park West and decide whether to expand the program. All expressed support for the concept.

Jill Hardy amended the motion to ensure HBT and NTHB’s two UC Irvine scientists have an opportunity to make their presentations to the Council. Jill also pointed out that reports obtained by HBT and NTHB indicated Irvine had already learned that the expensive organic product Avenger had proved ineffective and has had greater success with other, less expensive products. Jill instructed staff to carefully consult with Irvine.

Gina Clayton-Tarvin, president of the Ocean View School District school board, spoke in support, noting the school district has stopped using Roundup, which uses the Prop-65-listed glysophate herbicide, on all 312 acres of its property.

Coverage in the OC Register and the Daily Pilot.

HB Tomorrow originally proposed that the city follow Irvine’s lead to go non-toxic in a December 16, 2016 letter to Mayor Delgleize and the council. The idea was suggested to HBT by Andi Kowal at HBT’s 2016 annual meeting, and was unanimously adopted by HBT’s board. Andi Kowal also founded Non-Toxic HB to work alongside HBT.

THANK YOU to the 16 people who commented on short notice, the people who wrote in support, and those who attended in support.

Special thanks to Ayn Craciun and Kim Konte of Non-Toxic Irvine for helping pave the way for this victory.

This makes HB the third OC city to go non-toxic!

Here are some more stories from around our community the past month:

Is Quality of Life Getting Quality Consideration?

From the City’s Mission Statement:

“The City of Huntington Beach provides sustainable quality services to maintain and enhance our safe and vibrant community.”

But notice that the City’s three “Six-Month Strategic Objectives” – spanning the period from January 2015 to July 2016 – specifically covering our three-year goal to “Improve Quality of Life,” contain not a single item directed at homelessness, drunkenness, our shameful DUI numbers, or indeed the entire downtown area.

Perhaps this will make us more “vibrant.” But we have this sort of “vibrant” coming out our ears. Maybe it’s time to get back to basics and cool it with the “vibrancy” a bit.

San Diego’s Prop B was upheld against union challenge by the Court of Appeal on April 11. Via http://www.reformcalifornia.org:

HB is doing better than most, but chasing revenues still distracts leadership from its core mission of improving quality of life. We cannot ignore opportunities to cut costs on pensions. Better than average or not, a $336 million liability on a total budget of less than $200 million is jarring.

The city is currently considering how state pension reforms will affect our city.

“City Partnership with Nonprofit Results in a Housing Success Story”

Passing along this nice bit of news from the April 3 City Manager’s report (p. 5):

“In late 2016, the City entered into a partnership with the non-profit Orange County Community Housing Corporation (OCCHC), to acquire and rehabilitate a four-unit apartment complex in the Oakview neighborhood. They have previously completed successful projects at 12 other multi-family buildings. The City provided a portion of its 2016-17 Federal HUD funds to OCCHC to assist with the acquisition of the Barton Drive building. OCCHC will use their other funding sources for the rehabilitation and relocation and all other costs.  The first phase of this project, involved OCCHC working with the existing residents to relocate them elsewhere so the rehabilitation can begin.  They recently shared the story below about how their efforts to rehabilitate this building have made a true impact and resulted in an overall better quality of life for the residents.”

Recall that Sen. Boxer unsuccessfully objected to plans to bring water more water out of the delta nearer her parts, on environmental grounds. But there does not appear to be evidence she is similarly educated about the details of the Poseidon project.

A Point of Order on “Homelessness”

As noted in our March Newsletter, about 80% of our “homeless” would opt to stay that way. “They want to be off the grid,” says Huntington Beach police Officer Gabe Ricci.

But let us call things by their right names: a person who chooses to make a home in the streets does not, by definition, lack a home, but merely a house. Such people are not homeless, in that sense; they are “street people.”

Equity for the other 20% demands mindfulness of the distinction. Street people often are a nuisance: they make the ongoing, socially irresponsible voluntary decision to live at the expense and sufferance of the rest of us. And the result is impatience with the lot of the entire population we call by the same name of “homeless.”

But the true homeless – the mothers of small children who have lost their homes because of neglect, abuse, illness, or economic hardship – deserve charity, not censure. It is for these people who desperately want help that places like Colette’s Children’s Home exist to offer it.

As for the street people, Pat Tucker shares this advice via Netdoor.com:

“HB has 2 very competent officers solely dedicated to the homeless. They have connections to all the charities and churches who will supply goods, shelters and transportation to the homeless. They vehemently tell us to not give anything to individuals because they will undoubtedly buy drugs or alcohol. The phone # to use or give to the homeless persons is 211.”

It was pointed out to me recently that HB’s home values are roughly half that in adjoining Newport, even though we have similar amenities, and that HB has the lowest home values of any coastal OC city.

I had not realized our property values were the lowest among coastal OC cities, but I do not doubt it. Obviously, our priorities and demographics are different from Newport – our city intends to draw more revenues from retail than property taxes, and that tends to guarantee the former will come at the expense of the latter.

But I would offer another perspective: for those coming out of college with lots of debt, facing few employment opportunities and a long path ahead building savings, the housing stock throughout Orange County poses a steep challenge, with its median multiple firmly seated in the “severely unaffordable” area of the index – a precarious 5.7 times the average annual income.

What that means for me is that after paying substantial student loans for two multiple-degree-holders, a 45% marginal income tax, and supporting two small children and my wife who cares for them, housing is still unaffordable for our family – even in our relatively “affordable” city.

Thus the added insult at being made to hire our own security to use the facility, for a separate fee, at Lake Park (if a city does not secure its own public spaces, what is it there for?). And at the notion that residents had to pay out of pocket to save Triangle Park in recent years.

I was always partial to the thesis that Prop 13 passed not because Californians suddenly hated paying taxes, but because once they had to pay them to the state education department rather than their local school districts, they stopped seeing the return on investment. (This, incidentally, is playing out again even at the PTA level, with the Malibu fundraising parents who want to split from their redistributionist Santa Monica neighbors.) Previously, districts would provide quality services, and their grateful constituencies would pay their taxes happily. But providing fewer and worse services has proved a recipe for a miserly and miserable public.